[Closed] DISCUSSION: With Gas So Cheap and Well Drilling Down, Why is Gas Production so High? 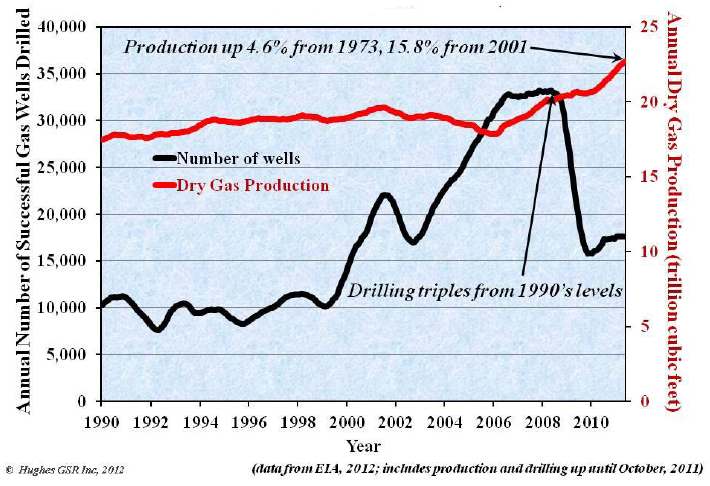 Natural gas prices have declined to below $3.00/mcf, levels not seen for years, yet the EIA posted the highest gas production ever in October, 2011. U.S. gas production is growing despite annual well completion rates that are half that at the peak of the drilling boom in 2008, when gas price topped $12.00/mcf. Proponents of shale gas as a “game changer” suggest that, despite the well-known high decline rates of shale gas wells, their productivity is sufficient to grow production with far fewer wells at historically low prices. Others, such as Arthur Berman, claim that shale gas plays require much higher prices to be economic. The answer may lie in the gas produced in association with oil drilling, which is near all time historical highs.

via The Oil Drum | With Gas So Cheap and Well Drilling Down, Why is Gas Production so High?.