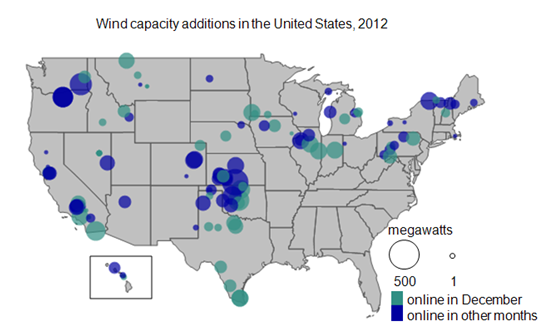 On New Year’s Day, Congress enacted a one-year extension of the PTC and also relaxed the rules. Under this extension, projects that begin construction before the end of 2013 are eligible to receive a 2.2 ¢/kWh PTC for generation over a 10-year period.