Is Europe giving up on renewables? 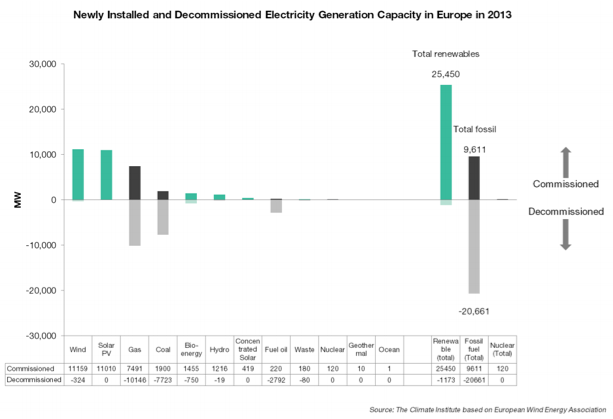 Last month the European Commission proposed that the EU should cut its domestic greenhouse gas emissions by 40 per cent by 2030, and aim for “at least” 27 per cent of its energy from renewable sources by the same date. A war of words immediately broke out.

The spin will reach a peak over the next month or so, ahead of the March vote in the European Council, although negotiations will continue through the rest of the year. Oddly, some claims made by the European environmental groups, who want higher targets, are also used by commentators to argue for less ambition. Both groups say that Europe is losing its climate mojo, and giving up on renewables.

This is untrue, but it suits both groups to say it.

The European green groups want to shame the EU into aiming higher, and the opponents of climate action want to concoct a story that renewable energy is a dying fad, in order to preserve Australia’s favourable treatment of fossil fuels. Disturbingly, this myth is gaining ground in Australia’s energy sector.

The graph below illustrates the overall point well. Last year over 25,000 megawatts (MW) of renewable energy were installed in the EU. At the same time only 9,600 MW of fossil fuels (mostly gas) were installed and over 20,000 MW of gas and coal closed.

via Is Europe giving up on renewables? : Renew Economy.