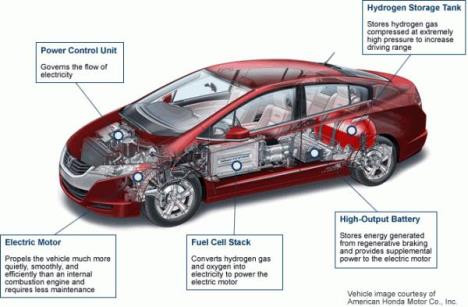 The national vision by politicians, economists, industrialists and environmentalists to transition to hydrogen economy by 2030 seems deadlocked, with hydrogen fuel cells projected to represent a $3 billion market of about 5.9 GW by 2030, according to Lux Research, Figure 1.(1)

The dream of fuel cell vehicles powered by hydrogen from zero-carbon sources such as renewable power or nuclear energy comes from estimates that the cost of avoided carbon dioxide would be more than $600 a metric ton – ten times higher than most other technologies under investigation.

Yet today, there are only two fuel-cell vehicles (FCEV) available in the U.S. market – Honda’s FCX Clarity, which is available to lease, and the Mercedes-Benz F-Cell.

via Are Hydrogen Fuel Cell Vehicles Dead On Arrival?.