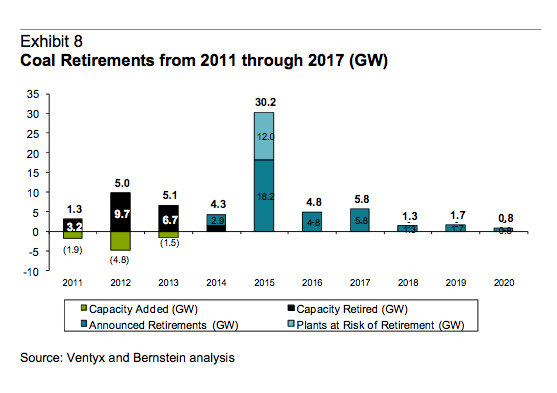 The research by analysts at Alliance Bernstein suggests that nearly 230 million tonnes of coal will be removed from US coal generation by 2020 – the equivalent of Australia’s current level of coal exports.

This reduction is caused mostly as a result of the Obama Administration’s new emissions controls, but also because of the impact of the renewable energy targets in place in 29 states.

The Bernstein report – “The coming sea change in coal and gas sector demand” – predicts a huge shift from coal to gas fired generation and renewables in the final years of the decade.