The Myth Of Cheap Shale Oil 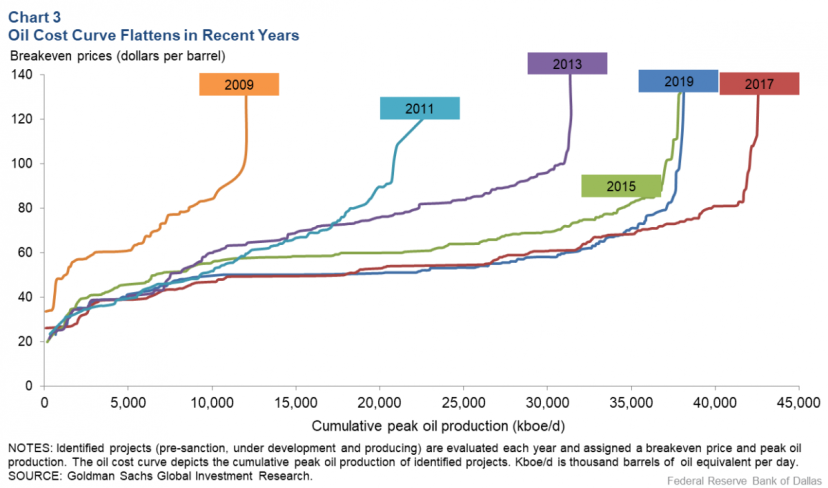 The breakeven cost of producing oil from U.S. shale is roughly the same as non-shale, despite the tidal wave of investment into the sector.According to the Federal Reserve Bank of Dallas, the breakeven prices for producing oil in the Delaware Basin is $49 per barrel and $48 per barrel in the Midland Basin, both of which are in the Permian. Meanwhile, what the Dallas Fed classifies as “other U.S. nonshale” has a breakeven of $49 per barrel. So, despite all the hype, shale is not more competitive on a cost basis than conventional and offshore production.