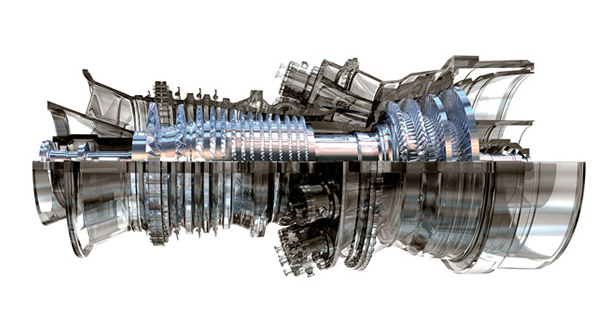 With the abundance of cheap natural gas propelling a shift away from coal for generating electricity, new gas turbine technology that GE announced yesterday could make it even more difficult for coal to compete. The technology could also help utilities integrate more renewable energy sources into their electricity mix.

Conventional natural-gas power plants are generally either flexible or efficient. That is, some can quickly increase and decrease power output to meet spikes or lulls in electricity demand, while others are able to hum along steadily without using much natural gas but take hours to bring up to speed. GE’s gas turbines are meant to be efficient without sacrificing the ability to adjust power output in a hurry. Last year the company announced a version designed for use in Europe as well as China and other countries with power grids that operate at 50 hertz. Yesterday it announced a version for countries that use 60-hertz power, such as the United States, Japan, and nations in the Middle East. GE says it has $1.2 billion worth of orders for its new flexible gas turbines from Japan, Saudi Arabia, and the United States.