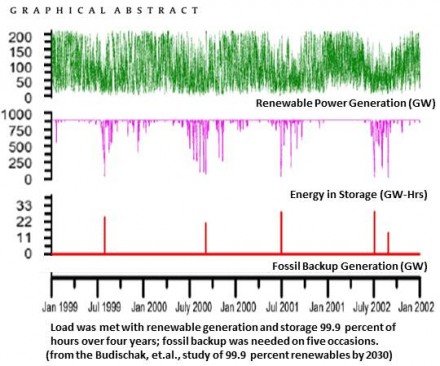 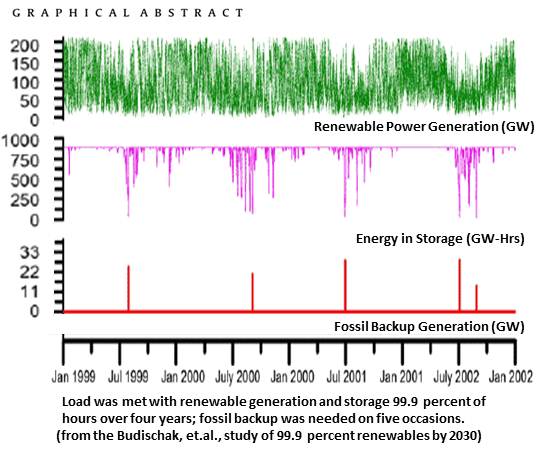 Combinations of onshore wind, offshore wind, and photovoltaic solar, paired with battery and hydrogen storage in a widespread grid system, could meet 90 percent to 99.9 percent of expected 2030 demand at almost no increased cost, according to a new study.

“The common view,” University of Delaware researchers noted in their report, “is that a high fraction of renewable power generation would be costly, and would either often leave us in the dark or would require massive electrical storage.”

The priority of the Regional Renewable Electricity Economic Optimization Model (RREEOM) was to see if demand could be met largely with renewables at an affordable cost.

via How About 99.9 Percent Renewables? : Greentech Media.