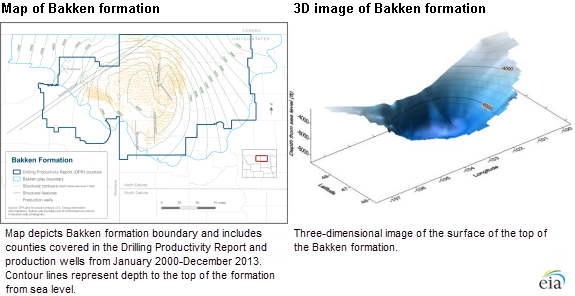 Although Bakken oil production initially began in the 1950s at Antelope Field in North Dakota, large-scale production growth did not begin until after the discovery of the Parshall Field in 2007. Since then, advances in drilling methods and technology, a better understanding of the geology of the Bakken, higher crude oil prices, and the formation’s large size and number of wells all have contributed to higher production and to the potential for continued future growth.

As more wells are drilled in the Bakken, the base resource becomes better defined. Because the Bakken has a relatively low thickness (not exceeding 250 feet) and low permeability, better information on the location of available resources can quickly translate into an increase in crude oil production volumes.