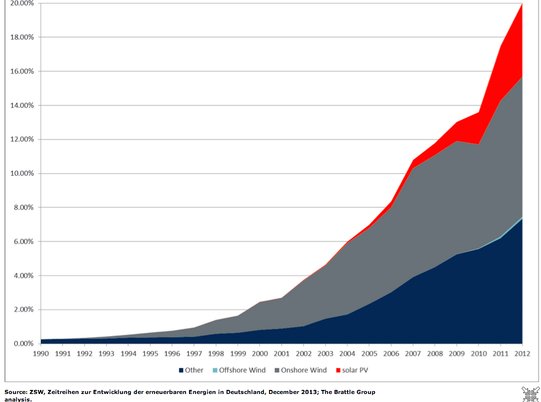 The Brattle Group recently completed a report on Germany’s past decade of solar energy policies and progress for the Solar Energy Industries Association (SEIA). There’s some missed messaging and unhelpful messaging in there, but overall it’s an excellent report — I’d give it an A+. There are several points from the report that I want to highlight. The first is the point SEIA highlights in a press release:

Most importantly, the report finds: “By and large, the German path has been remarkably successful, given the goal – shared by a great majority of the population – of ‘de-fossilizing’ Germany’s electricity sector.”