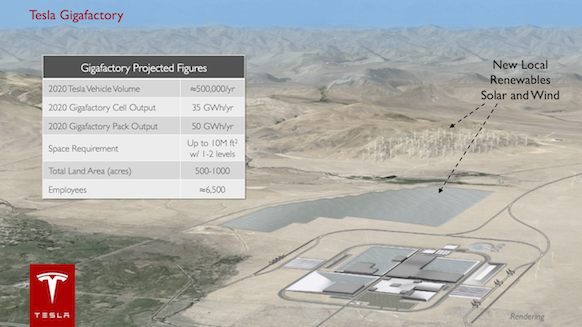 As we reported in July, Tesla had broken ground on its Giga battery factory outside of Reno, Nevada. That spot represented at least one of the two candidates for the factory.

Today, sources cited by CNBC say that “Tesla has finally decided that it will build its battery ‘gigafactory’ in Nevada.”

A press conference is planned for tomorrow in Carson City, as per a Dow Jones report. We’ll keep you updated.