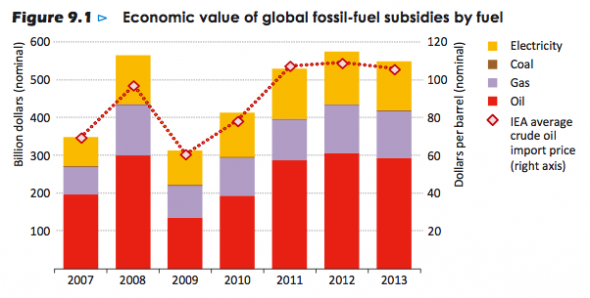 In the same week that a new study found that G20 nations, including Australia, were providing $US88 billion ($A102 billion) a year in subsidies just for fossil fuel exploration, another report – this time from the highly conservative International Energy Agency – has put a number to the global value of subsidies that artificially lowered end-use prices for all forms of fossil energy in 2013: $US548 billion.

via $548 Billion In Global Fossil Fuel Subsidies “Rig The Game” Against Renewables.