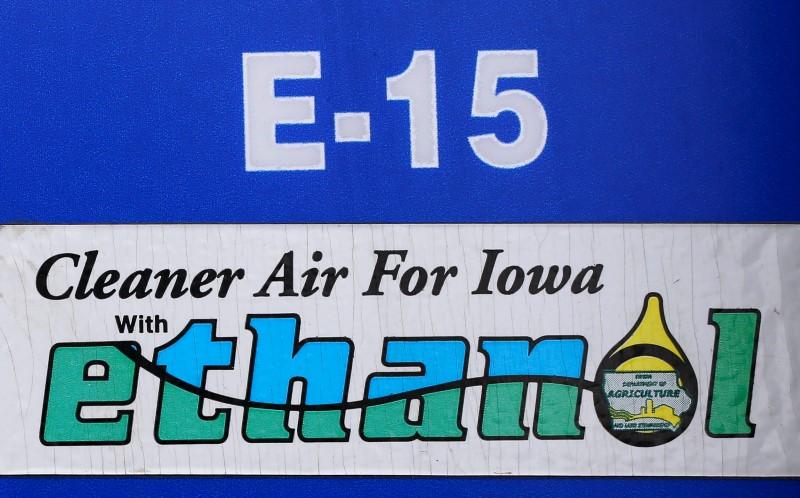 WASHINGTON (Reuters) – U.S. President Donald Trump said on Thursday his administration may allow the sale of gasoline containing 15 percent ethanol year-round, something that could help farmers by bolstering corn demand.

EPA spokeswoman Liz Bowman said earlier in the day the agency “has been assessing the legal validity of granting an E15 waiver since last summer” and is awaiting an outcome from discussions with the White House, the Department of Agriculture and Congress before making any final decisions.

The announcement comes as the White House seeks to appease both the corn and oil industries, which have been clashing over U.S. biofuels policy.

Oil refiners have complained the U.S. Renewable Fuel Standard requiring them to add biofuels into fuel is too costly while the agriculture sector has warned against any changes that would undermine ethanol demand.

“It would be a great morale boost for rural America, and more importantly a real demand boost if it can be moved forward quickly,” he said in an interview.

Shares of major biofuels producers, like Archer Daniels Midland Co, rose slightly after the announcement. ADM was up 1.5 percent at $44.78.

It was unclear, however, whether the move would help the refining sector – which has been lobbying hard instead for a cap on the price of blending credits that refiners must acquire to prove compliance with the RFS.

Greater blending of ethanol through year-round E15 sales would theoretically increase the supplies of the credits, and thus reduce prices. But at the same time, more ethanol blending translates to a smaller share of petroleum-based fuel in American gas tanks, which would hurt refiner sales.

Bids for the benchmark D6 blending credits slipped to 34 cents on Thursday afternoon, after deals were struck at 37.5 cents ahead of the announcement, a U.S. trader said.